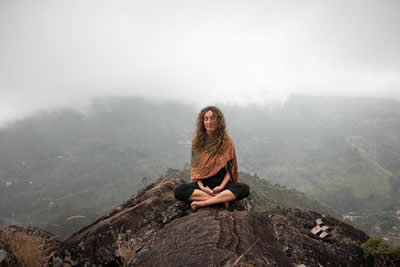 Panic Attacks – What Are They?

Panic attacks are a set of symptoms that come on suddenly, putting your body into a “red flag alert” stance. The symptoms build to a peak rapidly, usually in ten minutes or less, although it can feel much longer. The common theme of the feelings and symptoms is one of impending doom and intense fearfulness or nervousness.

What are typical bodily symptoms?

What are typical feelings and thoughts during a panic attack?

The overriding feeling is one of fear. People who have panic attacks say they feel like something awful is going to happen at any moment. They may also feel disconnected to their surroundings. Some people have described it as feeling like they are in a bubble. Others have said that suddenly nothing feels real. They feel out of control and may even fear that they will die. They may also be afraid of “going crazy” or starting to scream or run or do something embarrassing.

Can panic attacks kill me or make me go crazy?

NO! Even though it may feel that way, a panic attack will not give you a heart attack and it will not kill you, and it will not go on forever. And panic attacks are not the beginning of going crazy. They are panic attacks, pure and simple. The National Institute of Mental Health estimates at least 3 million Americans will have panic disorder at some time in their lives.

Some people seem especially vulnerable to panic attacks. Sometimes anxiety problems, including panic attacks, seem to run in families. Your nervous system may be easily triggered. We also know that chronic stress can contribute to all kinds of problems with anxiety, including panic attacks. According to one theory, in panic disorder, the body’s normal alarm – it’s “fight or flight” reaction, may be triggered unnecessarily. Sometimes the first attack can also be triggered by a change in the body, such as a serious illness or even a medication.

I think I have panic attacks, and I’m worried about what others will think. I’ve started to avoid people.

Starting to avoid people and places is very common for people who have panic attacks. Many times, they have told no one about their experiences. But to get support and help, you must tell someone. Consider talking with your doctor or a family member or friend. You can explain what you have learned about panic attacks.

I think I’m also getting depressed and I’ve started drinking to calm my nerves.

Secondary depression is common in sufferers of panic attacks. Once you get help, the depression may lift. If not, there is good, effective help for your depression as well. Many people start to “self-medicate” when they are feeling bad and don’t know where to turn. Of course, this only adds an additional problem. And drinking or abusing drugs will not stop panic attacks.

What help is there for panic attacks?

It is very important that you see a qualified, experienced professional to treat your panic attacks. The disorder will seldom go away by itself and may in fact worsen. A professional will assess your unique situation and together you will agree on a treatment plan.

Authentic Counseling Associates of Sacramento, Ca also known as Sacramento Counseling offers therapeutic and assessment services to all ages in individual, group, couples, and family formats. We treat a diverse community population including those commonly not served and all diagnostic categories. We passionately pursue this vision by growing a practice of dedicated and talented professionals. We offer private and group counseling. We are also home to therapy training for new therapists. We serve the Sacramento region. Our office is located in Gold River, California.